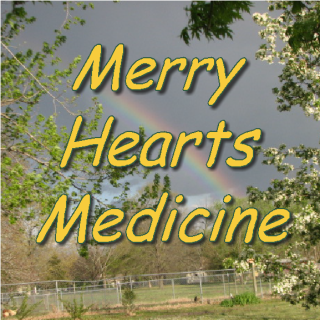 This song captured my heart.  It’s just so adorable that I can’t help but smile.

It is written by a young girl named Grace VanderWaal, who performed it on the America’s Got Talent TV show this week.

I hope it brightens your day as much as it does mine.

You think that you know my heart,
And you probably do.
So I’m always with you.
I could stay with you for hours
In an empty room.
Never get bored.
Never have nothing to do.

Make hours into seconds together,
The weight of the world feel like a feather
Cause we’re holding it right in our hands.

“Has anyone seen my shoes?  It’s so pretty this morning that I want to go outside and take some photos…”

I saw this cute snow day video the other day, and it’s so funny I decided to tag it onto this post.  It’s a parody of the Adele song “Hello.”  I hope you enjoy!

The message behind this song can be interpreted in a positive way: show people your love through your actions because sometimes words alone are not enough to solve a problem.

In a 1991 newspaper article, Extreme’s guitarist described it this way:

By this we know love, that He laid down His life for us, and we ought to lay down our lives for the brothers.  But if anyone has the world’s goods and sees his brother in need, yet closes his heart against him, how does God’s love abide in him?  Little children, let us not love in word or talk but in deed and in truth.

Have you ever felt overwhelmed with stress, discouragement, or sorrow?  I saw that overwhelmed look in my neighbor’s eyes this morning after his wife passed away during the night.  As I crossed the room to give him a hug, his words were “This is SO HARD!  Pray for me because that is the only thing that will get me through this.”

When you feel like your pain will never ease, like there is no way out of your misery, like no one understands or cares…you can find hope and comfort in the Light.

We are writing these things so that your joy may be complete.  This is the message we have heard from him and proclaim to you, that God is light, and in him is no darkness at all.

But we do not want you to be uninformed, brothers, about those who are asleep, that you may not grieve as others do who have no hope.  For since we believe that Jesus died and rose again, even so, through Jesus, God will bring with him those who have fallen asleep.  For this we declare to you by a word from the Lord, that we who are alive, who are left until the coming of the Lord, will not precede those who have fallen asleep.  For the Lord himself will descend from heaven with a cry of command, with the voice of an archangel, and with the sound of the trumpet of God. And the dead in Christ will rise first.  Then we who are alive, who are left, will be caught up together with them in the clouds to meet the Lord in the air, and so we will always be with the Lord.  Therefore encourage one another with these words.

May the God of hope fill you with all joy and peace in believing, so that by the power of the Holy Spirit you may abound in hope.

Life cannot be lived free from all sense of anxiety and concern.  For example, being concerned about not having an automobile wreck will cause us to practice rules of safety…The problem is this:  it is easy to let our concerns become cares, and our forethoughts become fear-thoughts…Anxiety results.

A good friend of mine once described worry as the gap between what exists and what a person wants.  Unfortunately, reality does not conform to our mere thoughts of what we wish it to be.  (Actually, that’s probably a good thing!)

We may worry about things that have already happened.  Does that change what occured?  Of course not!  Hmmm…that’s not a very productive use of time and energy, then, is it?

It’s not what you want that makes you fat; it’s what you get!

~Merry Hearts Medicine’s wise father, way back in the 1900s

When I was young and would complain about something being “unfair!” my dad used to repeat that old country saying to me.  It didn’t do much for me as a young kid, but I appreciate the message more now.  At the time, all it did was make me stomp off in frustration, giving my father a little peace and quiet to enjoy–so it worked out just fine for him.  Lol.

Let’s look for the silver lining, rather than gather more dark clouds.

Ha ha, I thought I’d quote myself!  The point I’m wanting to add is this:  Though we cannot change the past, we can learn from it and shape a better future through the choices we make.

We may worry about things that will inevitably happen.  Will that stop them from occuring?  No!  Hmmm…again, don’t we have more profitable things to be doing?

Our new Constitution is now established, and has an appearance that promises permanency; but in this world nothing can be said to be certain, except death and taxes.

~Benjamin Franklin, in a letter to Jean-Baptiste Leroy, 1789

We may worry about things that will never come to pass.  This one is popular among worriers!  Wow…what a waste!

I remember the old man who said he had had a great many troubles in his life, but the worst of them never happened.

So, how do we deal with these gaps between our “wants” and our “gets,” between “it’s gonna” and “I don’t wanna,” and between our hopes and future possibilities?  As my husband is wont to say:

Do something about it, or get over it.

Easier said than done, right?  But it CAN be done and must be done if we are to achieve true peace and happiness in this complicated world.  We will likely never reach the point of having zero worries in our lives, but pursuing that goal will bring a brighter road to travel day by day.

Life can be harassed with worry or beautified with contentment, depending upon how I make it; for both are inside jobs.  Of course, there are outside influences that may encourage and prod us to be anxious and gloomy, but we do not have to open our hearts to the pressures which are sure to torment us.